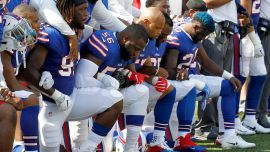 While I’m not a big fan of the game of football, I must say that I’m quite proud of the athletes who chose to kneel and take a silent stand. This is what being a patriot is all about! It’s a shame when I hear folks who claim to love this country and want to call themselves patriots all while they point their fingers and vilify the players who have the gumption and courage to make a much needed stand at the time that will make the most substantial impact. 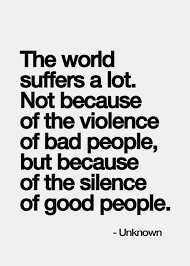 The bottom line is this; we all have a responsibility to help transform, modify and reshape society into the type that respects, values, honors, and truly believes in the ethics and ideals espoused in the Constitution. It’s up to us the People to hold not only our local and federal government officials accountable, but also ourselves. Because we as a society are in a terrible state right now. And as a country, I believe we are headed towards another civil war.

Our societal standards have lowered to such a degree that to act with the utmost integrity is now looked down upon and called “unpatriotic”, when in fact, to act with your community in the forefront of your mind is in essence precisely what this country is supposed to symbolize and what we the People of this country are supposed to be upholding and celebrating.

Instead, some folks are blackballing athletes like Colin Kaepernick and disparaging athletes who choose to kneel during the national anthem and these same folks call themselves trying to stand on some misguided principle by saying protesting, even silently at a game is not the right time! Excuse me, when is the right time then? Let’s think about this for a minute.  When is the national anthem played? Before ball games right? Sooo…. it stands to reason that if one is going to make a significant and poignant impact of not standing during the anthem while it’s being played, when is another time for one to do that?? Is it stopping the game from being played? NO!! Is it calling attention to issues that are affecting folks right outside of the very stadiums that these games are being played in? YES!!!! And folks have the audacity to question the patriotism of these people? I say to anyone who has publicly belittled, bad-mouthed or looked at these athletes with disdain, shame on you!!

I say to all the athletes with the courage and strength to stand up and speak out with integrity and are willing to publicly show their compassion and acknowledgement of the state of the world that we’re living in right now- Thank You!! Thank you for showing our youth that athletes have depth and are concerned with more than just making money and entertaining an audience. Thank you for having the courage to make other people have uncomfortable dialogues and face the ugliness of the world that too many folks have to directly deal with everyday.

Maybe one day this country will be worthy of being called the greatest country again, but it can only happen when each and every one of us finds the most impactful and opportune times to stand up and speak out.